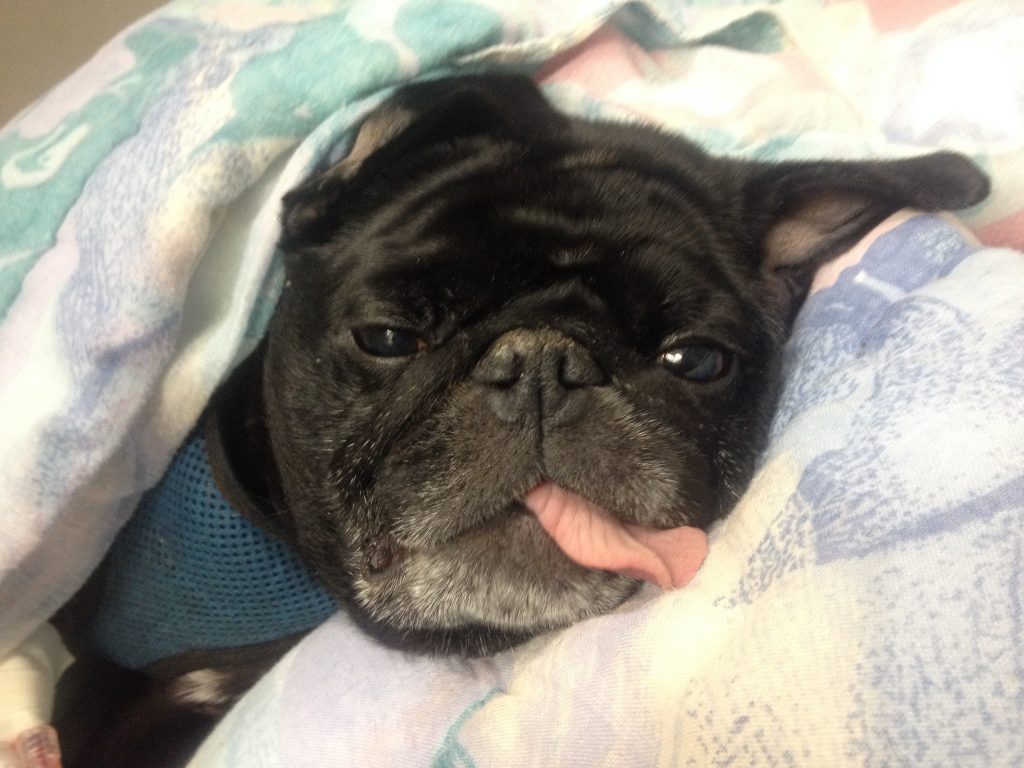 Baxter’s dental health journey started out by coming to visit us for his complimentary dental exam, which is part of our “Dental Focus” here at Acadia Vet Hospital. His owner had not noticed any major problems, but had mentioned that his breath was a little…let’s say, pungent!
Baxter was very agreeable to letting the doctor examine his mouth. She noted some overcrowding of teeth (some of which were likely to require extractions), gum recession, severe gingivitis, significant tartar accumulation, and of course some pretty intense halitosis!
After discussing all her findings with Baxter’s owner, it was decided that the best thing for him would be to schedule a dental cleaning with full scale and polish and take care of any extractions that might be required. Due to a previous medical concern, it was also recommended that for Baxter to have a pre-operative ECG (electrocardiogram) to ensure that all was well with his heart prior to anesthesia, and if needed, anesthetic medications could be adjusted accordingly.
On the morning of his dental procedure, Baxter arrived fasted and ready for his big day! He was a model patient throughout. He stood still while our technicians hooked him up for his ECG. And then he sat patiently while we drew blood for pre-operative tests. Luckily, he passed all his tests with flying colours! Since no abnormalities were noted, Baxter was then sedated, an IV catheter was placed, and he was put under anesthesia.
Oftentimes, the extent of dental disease is not fully known until a patient is under anesthesia. This is partly because our pets are often reluctant to simply open up and say “Ahhhhhhhh”!
Baxter’s dental cleaning began with our sonic scaler, with which we were able to remove the tartar from his teeth. There were deep gingival pockets around many teeth that were clogged with a mix of plaque, pus and hair. Then, several infected/overcrowded teeth were extracted by our veterinarian.  All remaining teeth were given a thorough polishing, and finally, an antibiotic rinse was applied. He was then given injections to ensure he had a pain-free recovery from his procedure.
You can see the immense difference that this dental prophy has made in the appearance of Baxter’s teeth. But what is less visible is the immense relief he must now be feeling. Infected teeth and gums can cause serious discomfort in our pets, but they are often very skilled at masking that discomfort. The other thing that you cannot see in the pictures is the vast improvement of this pup’s breath! Baxter is minty-fresh! And by beginning a good dental hygiene routine, we hope to keep his whole mouth healthy and keep these teeth pearly white.
Does your furry friend have less than fresh breath? Give us a call during our dental focus (until March 16th, 2017) and book your complimentary dental exam today!
Written by Danika Cormier, RVT
Tags: clinic stories dental care
Category: Dental Care General 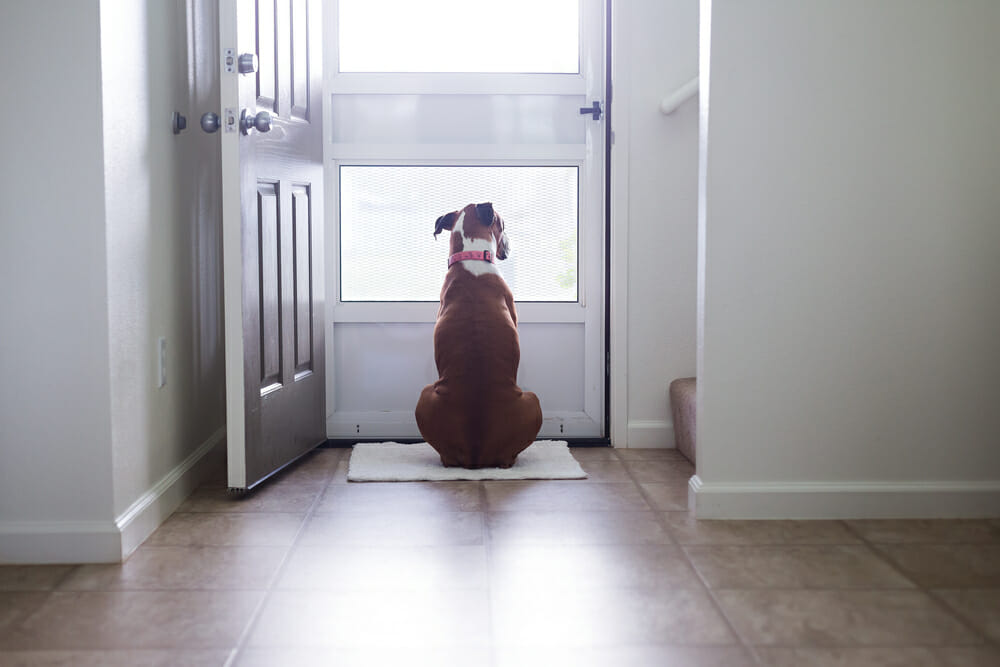 Back to School Separation Anxiety

It’s time to go back to school! That means the kids are now out of the house, the days get shorter, and the house gets quieter.

1. WE CAN NOW SEE ALL CASES BY APPOINTMENT ONLY

2. SAFETY MEASURES TO KEEP EVERYONE SAFE

Clients must confirm their appointments 24 hours before their scheduled time slot at the latest. We will cancel appointments of clients who do not confirm and give them to waitlisted patients.

We reserve the right to refuse service to clients who verbally, emotionally, or physically harm any of our teammates.

We are OPEN with the following hours:

Thank you for your patience and understanding and we look forward to seeing you and your furry family again!